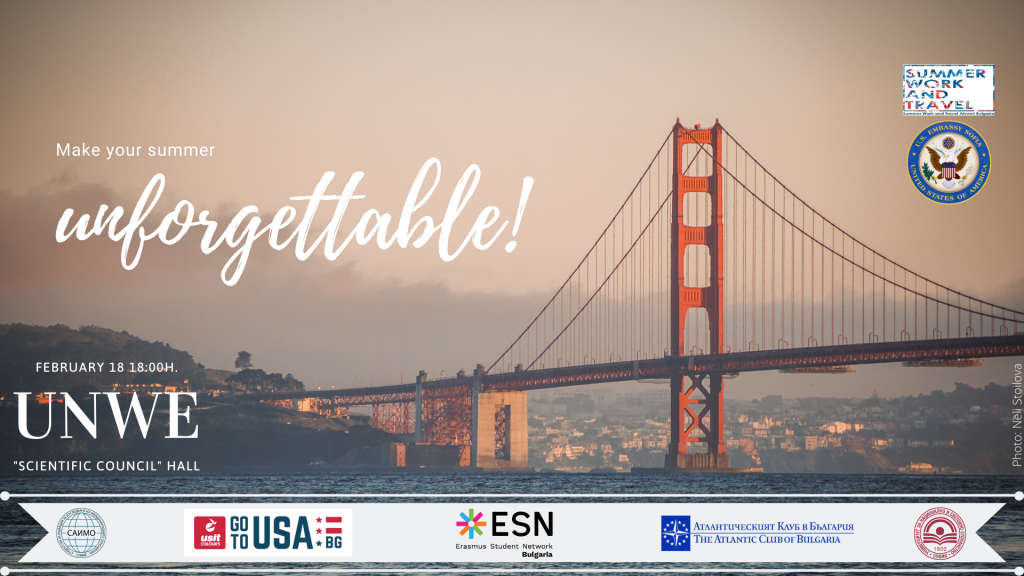 The first and second edition of this year Entrepreneurship Academy (24-26 February and 24-26 March) met the 40 different participants (each edition has 20 participants) with inspirational and successful speakers from big companies and fast-growing start ups.

The interactive workshops and creative Team Building activities helped the young entrepreneurs to develop useful skills, grow their network of contacts and test their business ideas and leadership qualities.

The third edition of the Academy is scheduled for 07-09 April.

We wish to all participants prosperity and fulfillment of their business dreams. 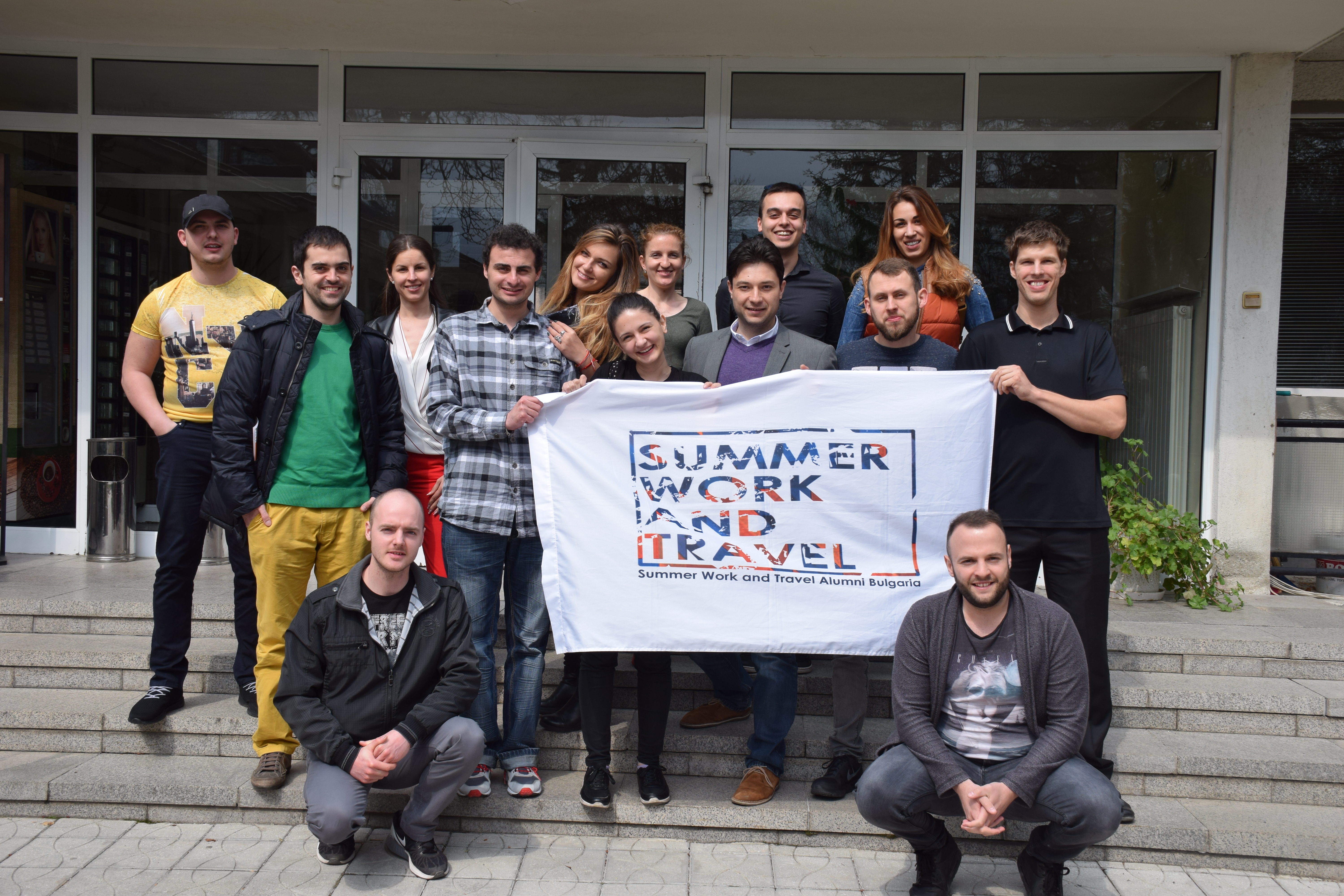 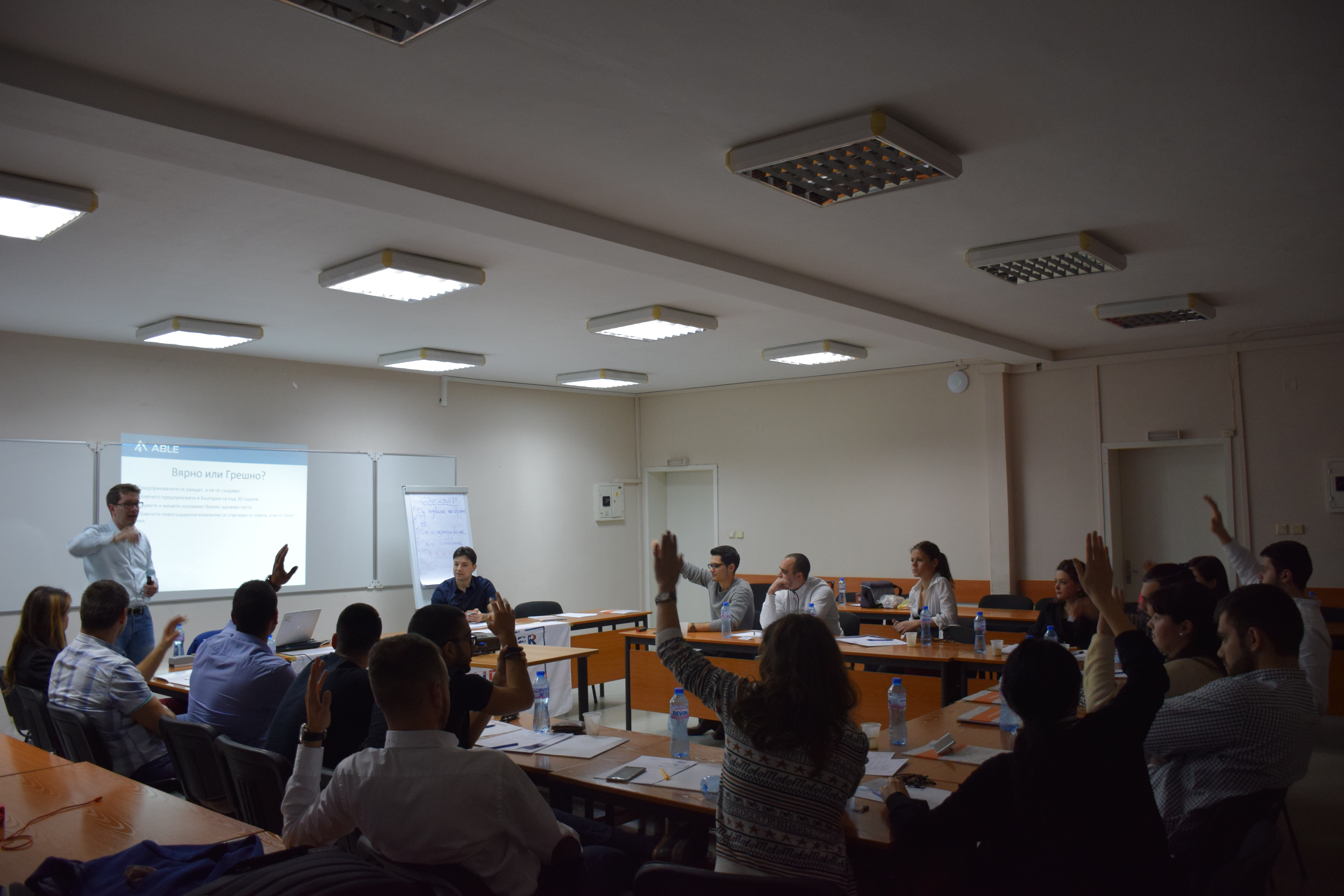 Due to the large amount of received applications and big interest in the Entrepreneurship Academy, the deadline to submit your applications is now 8th of February (Wednesday).

Don’t hesitate to fill the online form. The more, the merrier! 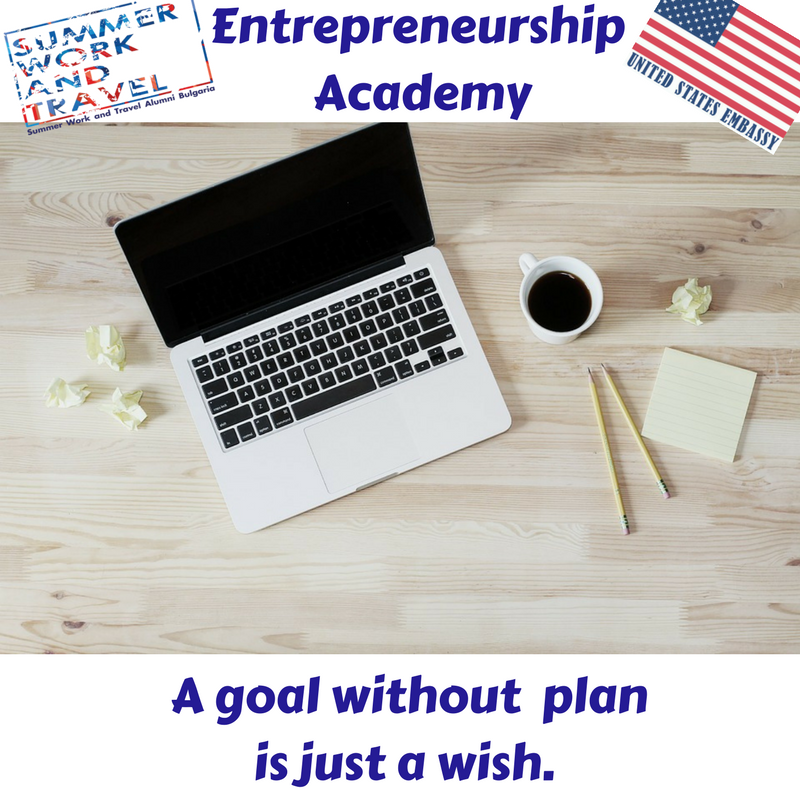 “Bulgaria through the feather and heart of America” 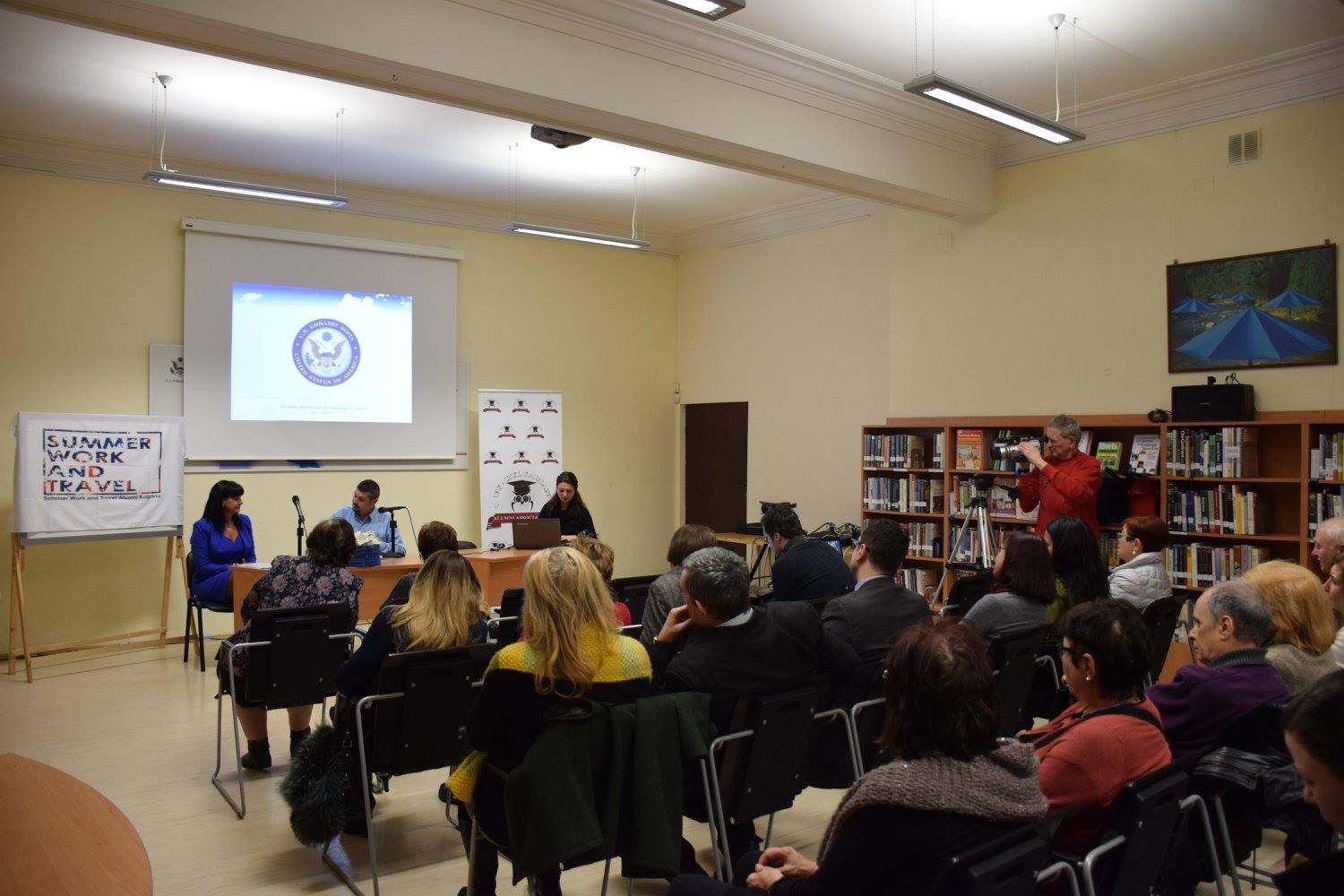 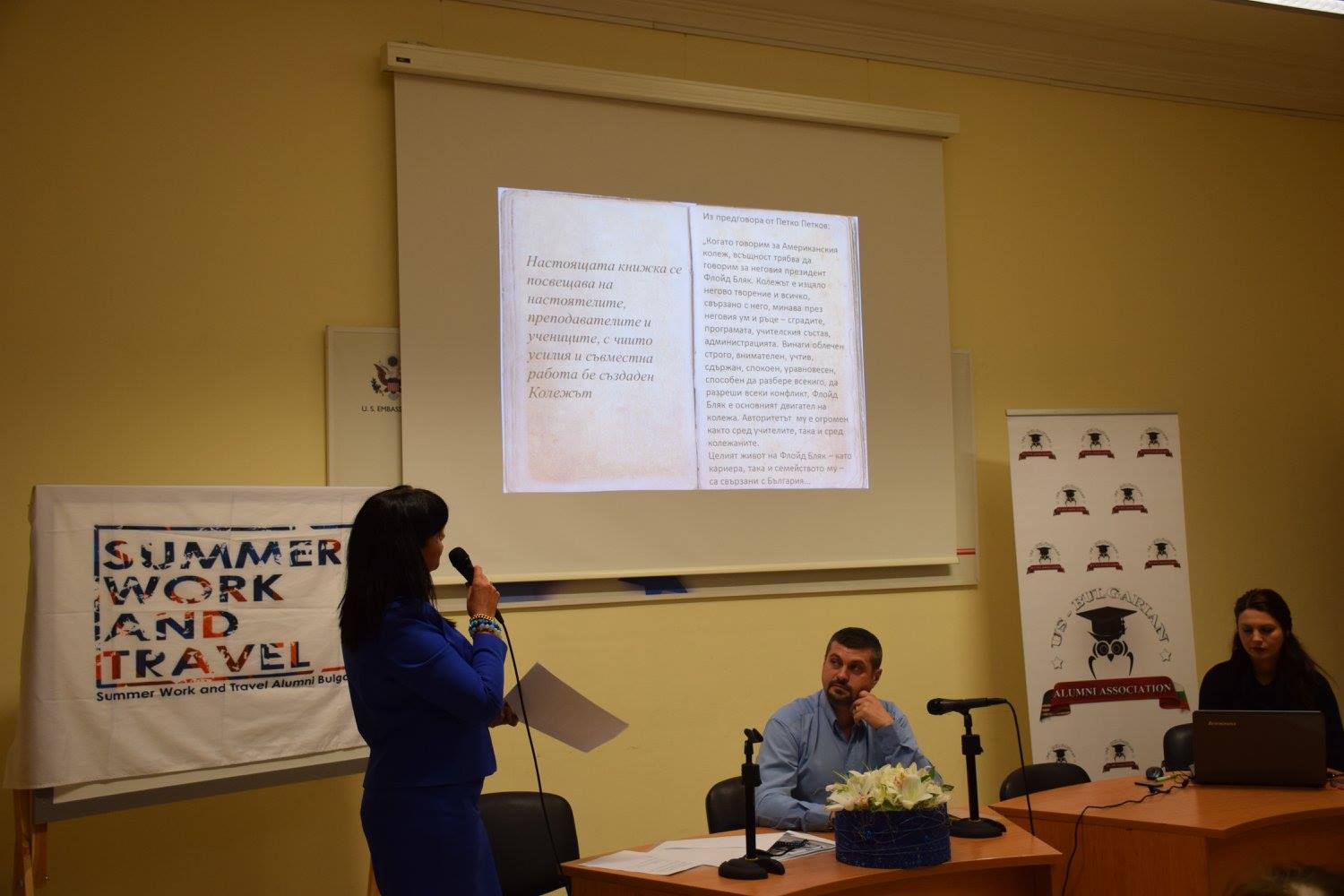 The discussion “Bulgaria through the feather and heart of America” was held on the 25th January in American Corner. The event offer to the attendees insights into a different aspect of the relations between Bulgaria and USA, exploring their development, through the books with historical significance, written by the American authors, dating back to the beginning of 20th century to present days.

The keynote speaker was Ms. Tatiana Kalkanova, an alumni Fulbrigh Bulgariat scholar and lecteurer at the American College of Sofia (1993-1994).

During the event was discussed to the initiative and Bulgarian authors, that have written about America and stayed there.

The especially interesting discussion was organized by @US-Bulgaria Alumni Association with the support of U.S. Embassy Sofia

If you believe you are a leader; if you have an idea for a sustainable business, which inspires you, if you are determined to make it happen- you are the right person for the Summer Work and Travel Alumni Association Entrepreneurship Academy.

To be an entrepreneur is a complex and responsible – you  need to have knowledge and skills in the field of finance, management, marketing, PR, HR, law, accounting, etc. You also need offer people solutions with excellent presentation skills. All of these  you can acquire at our academy with the help of interesting sessions with entrepreneurs, role games, teamwork and meetings with successful young people.

The aim of the academy, co-organized with the U.S .Embassy Sofia is to boost the entrepreneurship ecosystem and to inspire young people in Bulgaria by providing them with the necessary knowledge and platform for a jump start. This year will have 3 academies with duration of two and a half days in the Study Center of the National Revenue Agency.

You can apply for the preferable period.

The working languages are Bulgarian and English.

The applicants have to meet the following criteria:

The approved candidates will be notified via email by 10th of February.

The participation in the Academy is FREE! 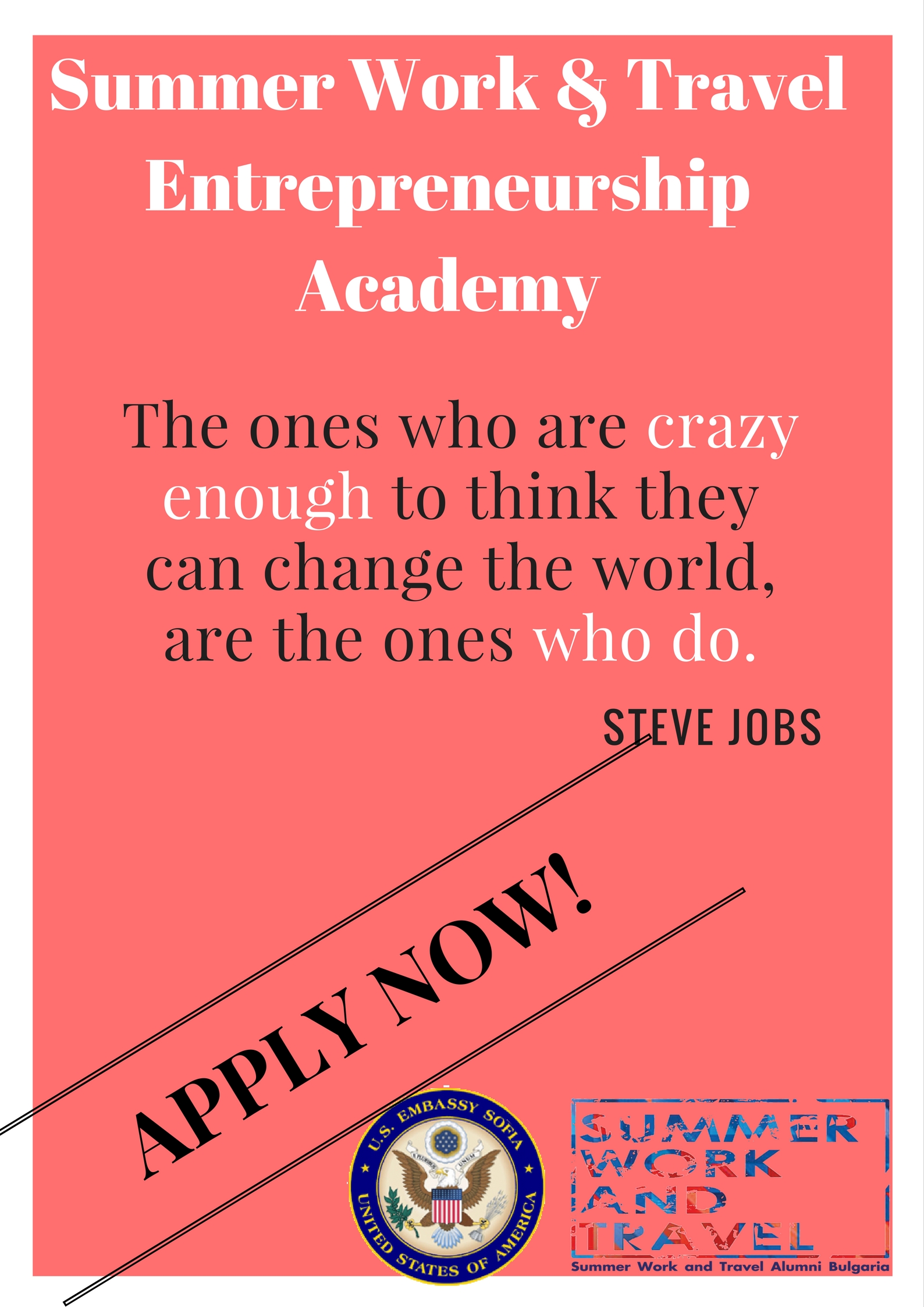 The first in Bulgaria Work and Travel Fair where you can learn more about different states and regions, ways of financing, reimbursement of taxes, visa requirements and other useful information.

The event is organized by Integral. Summer Work and Travel Alumni Bulgaria will take part in the fair. 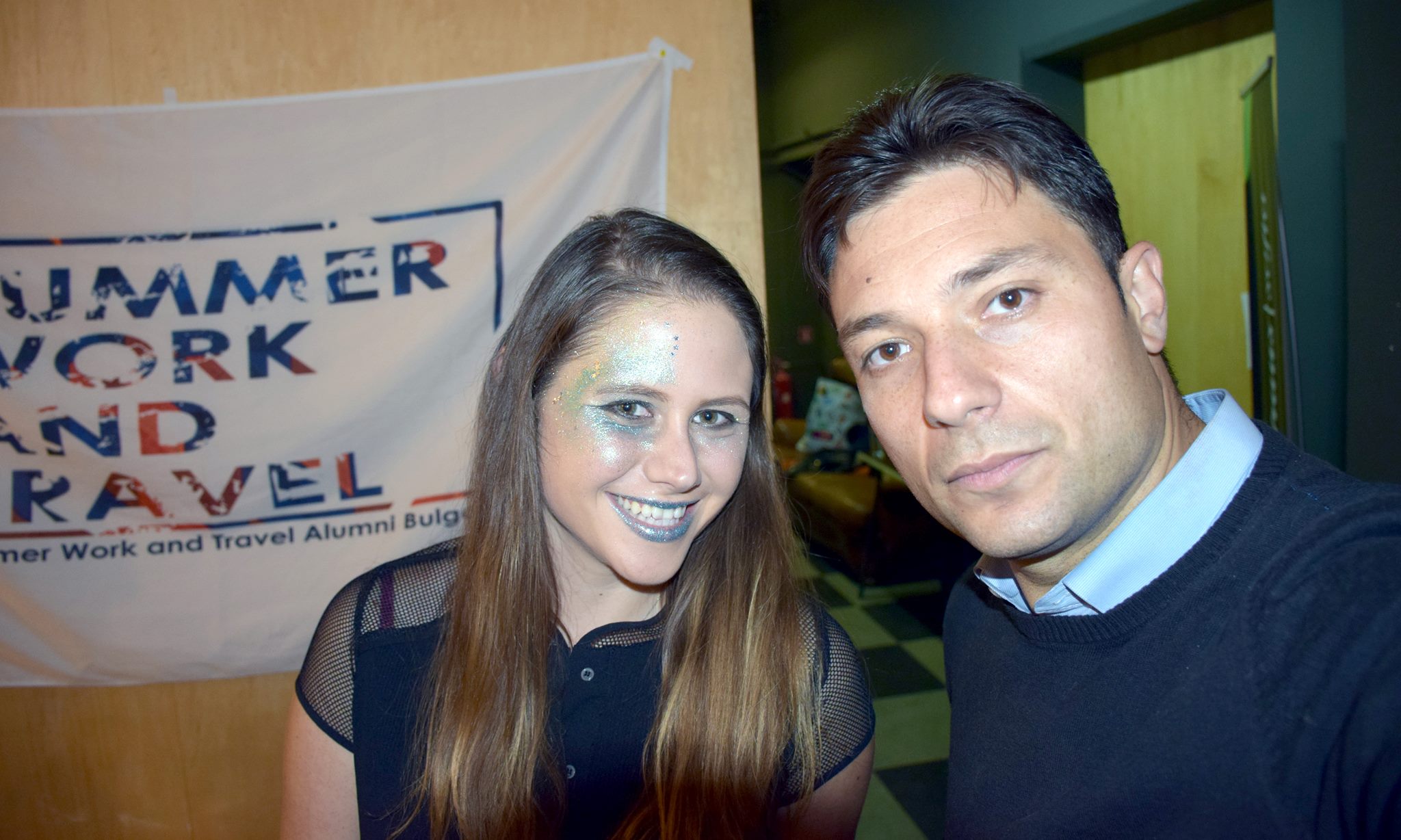 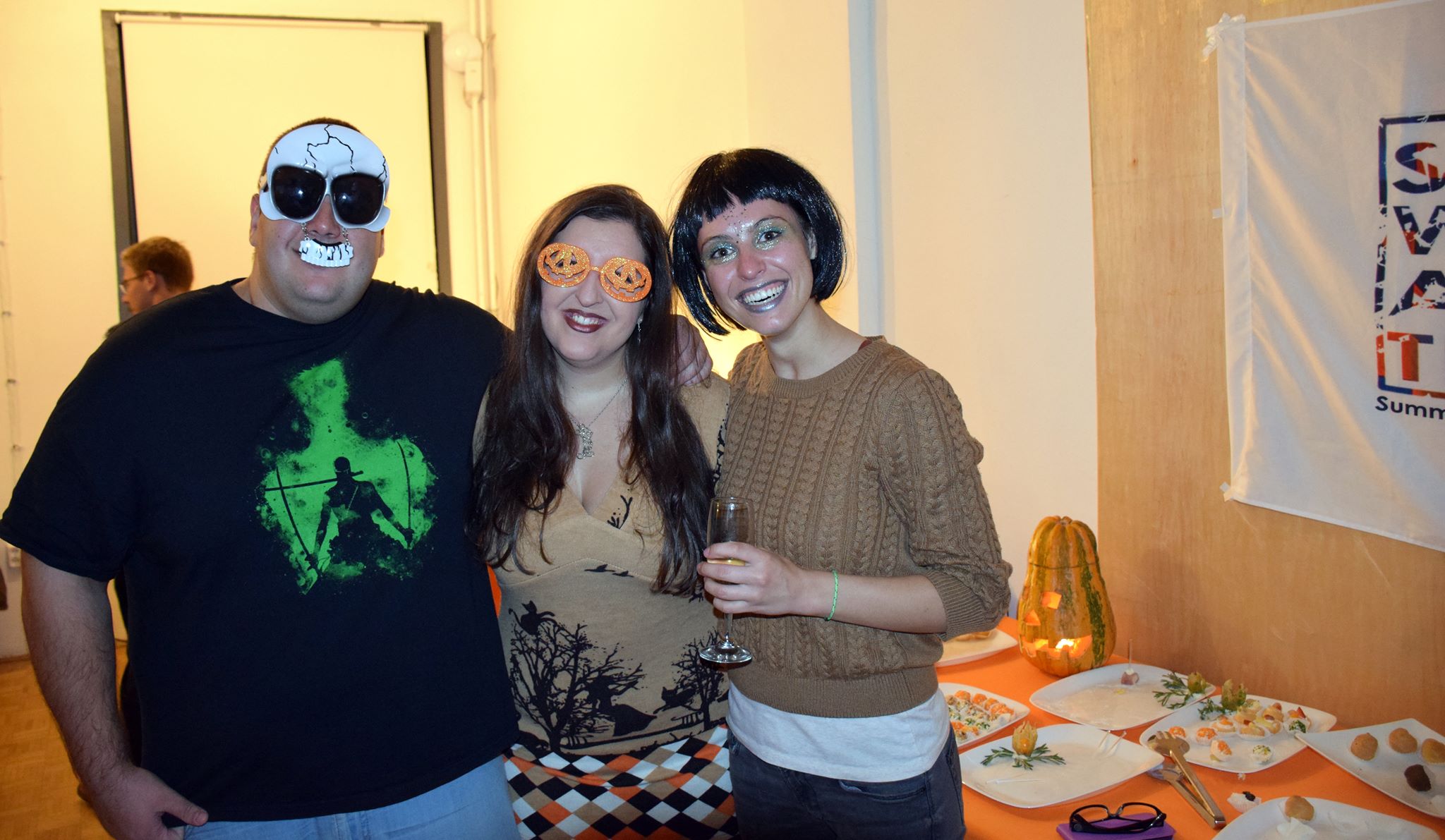 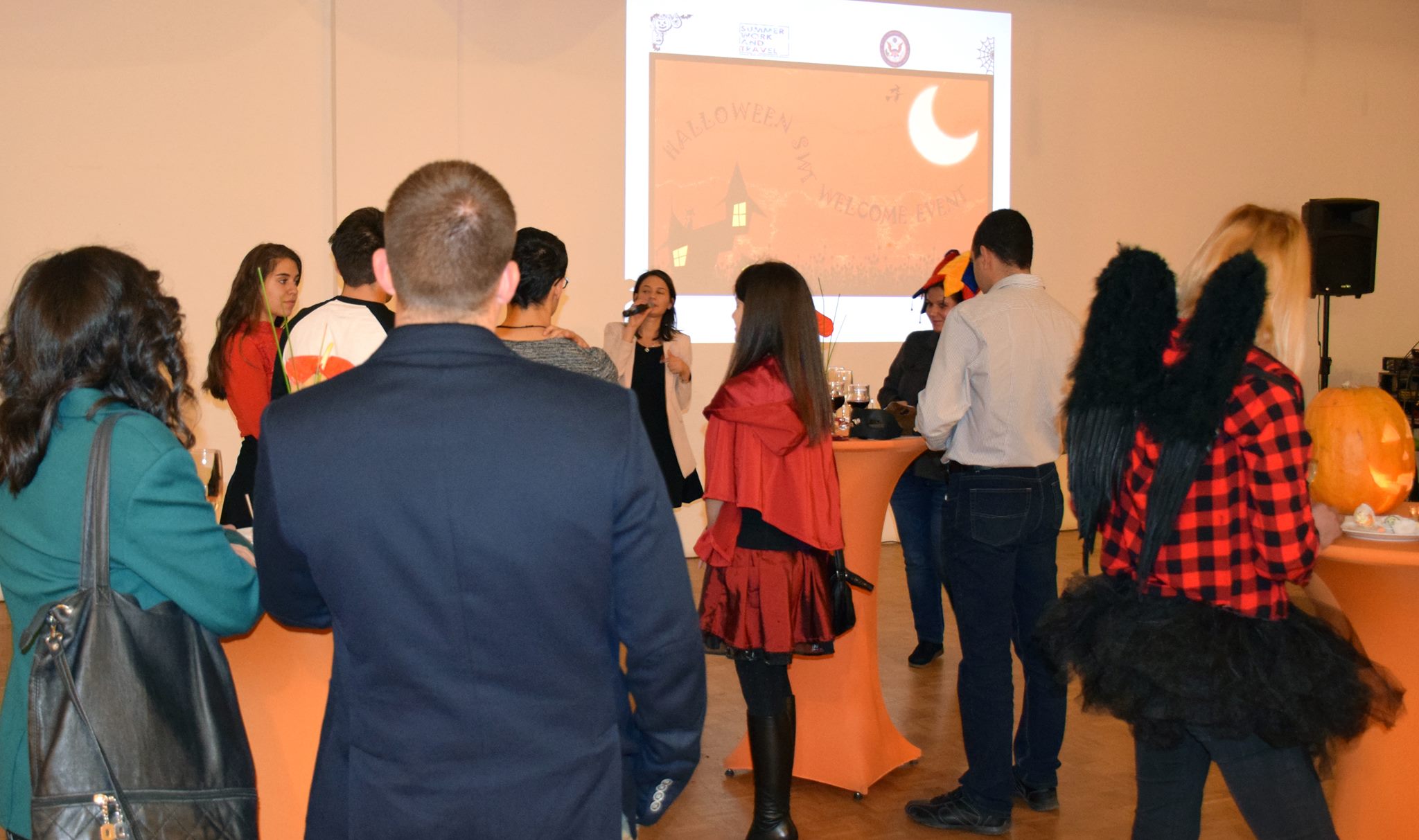 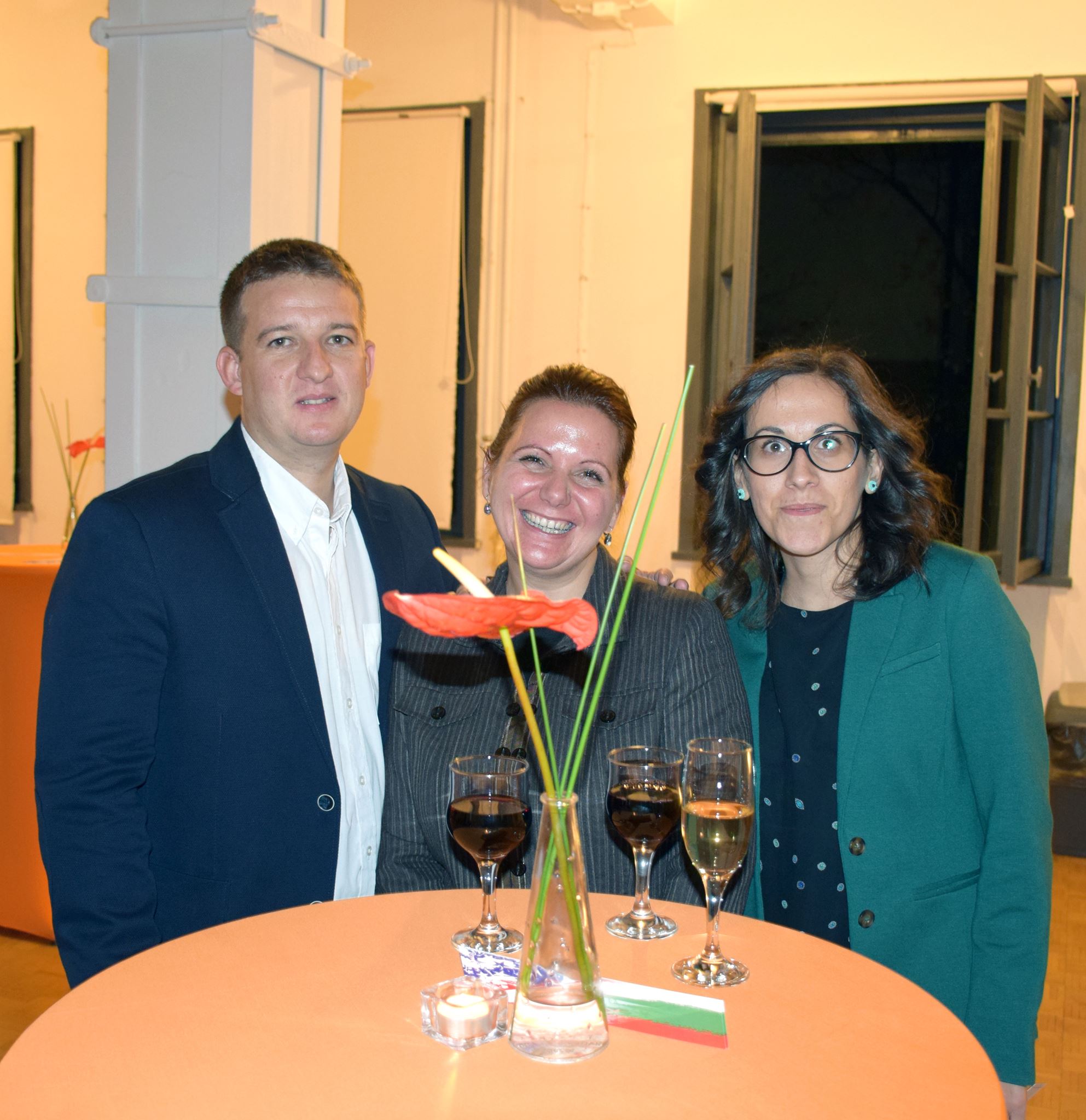 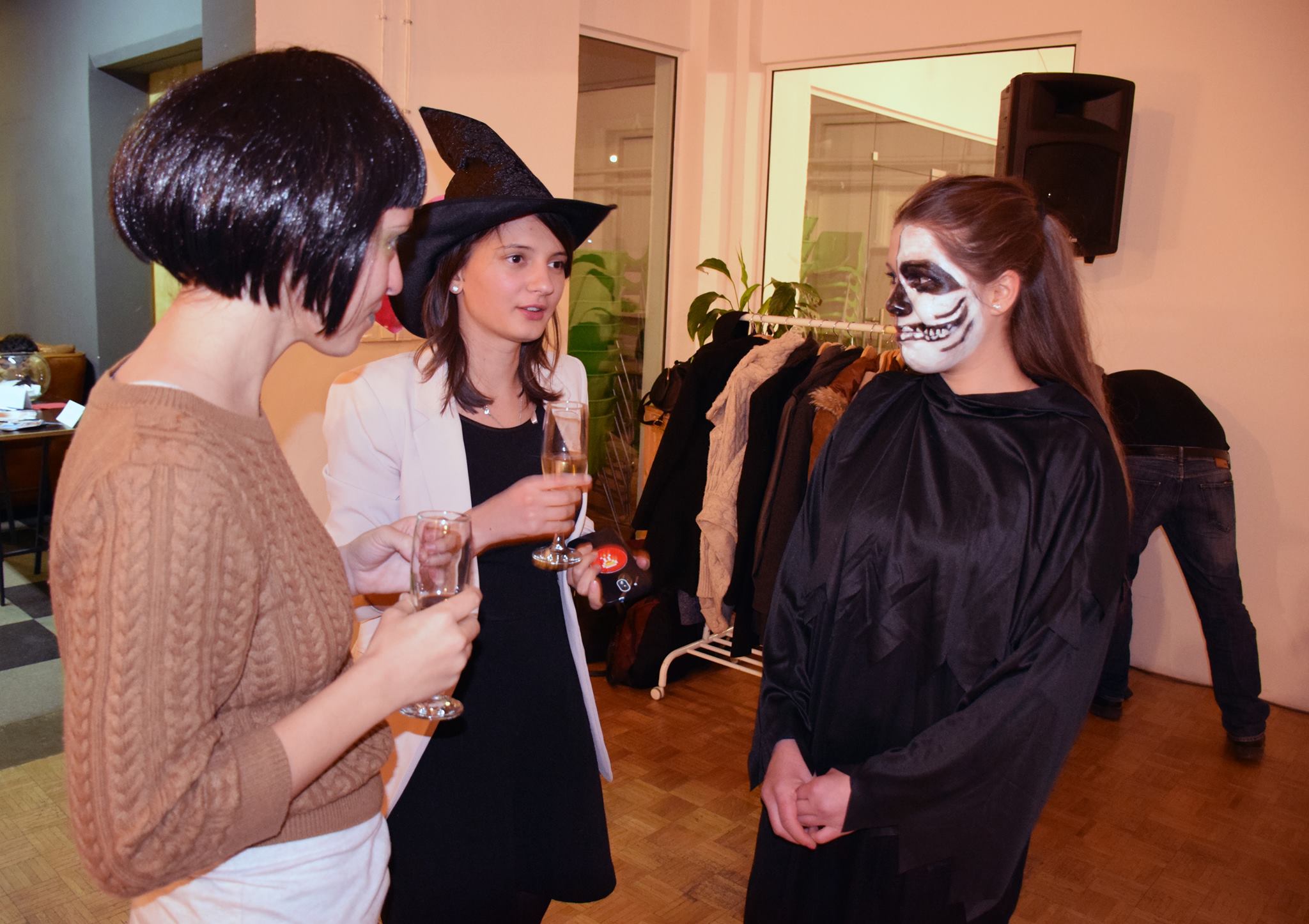 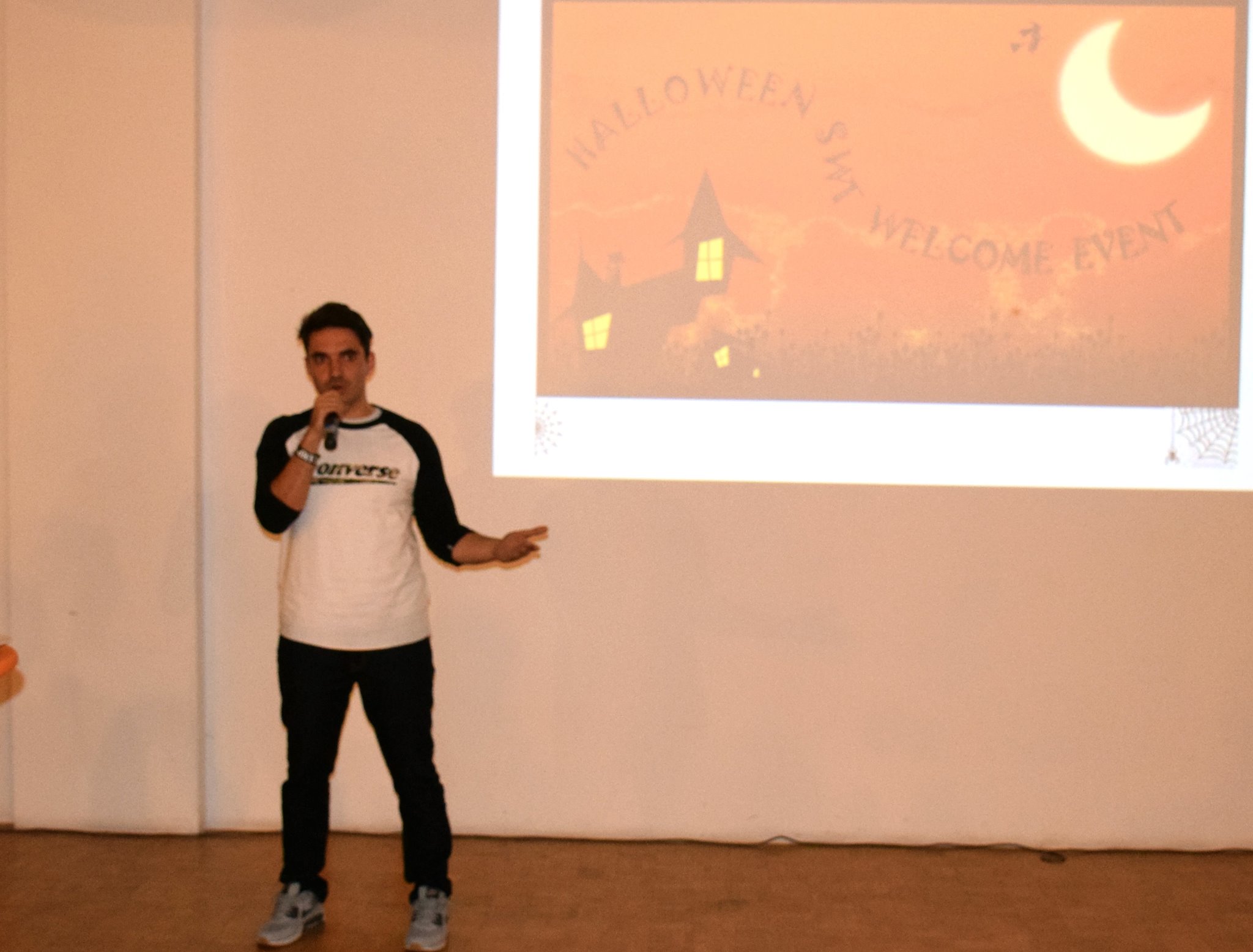 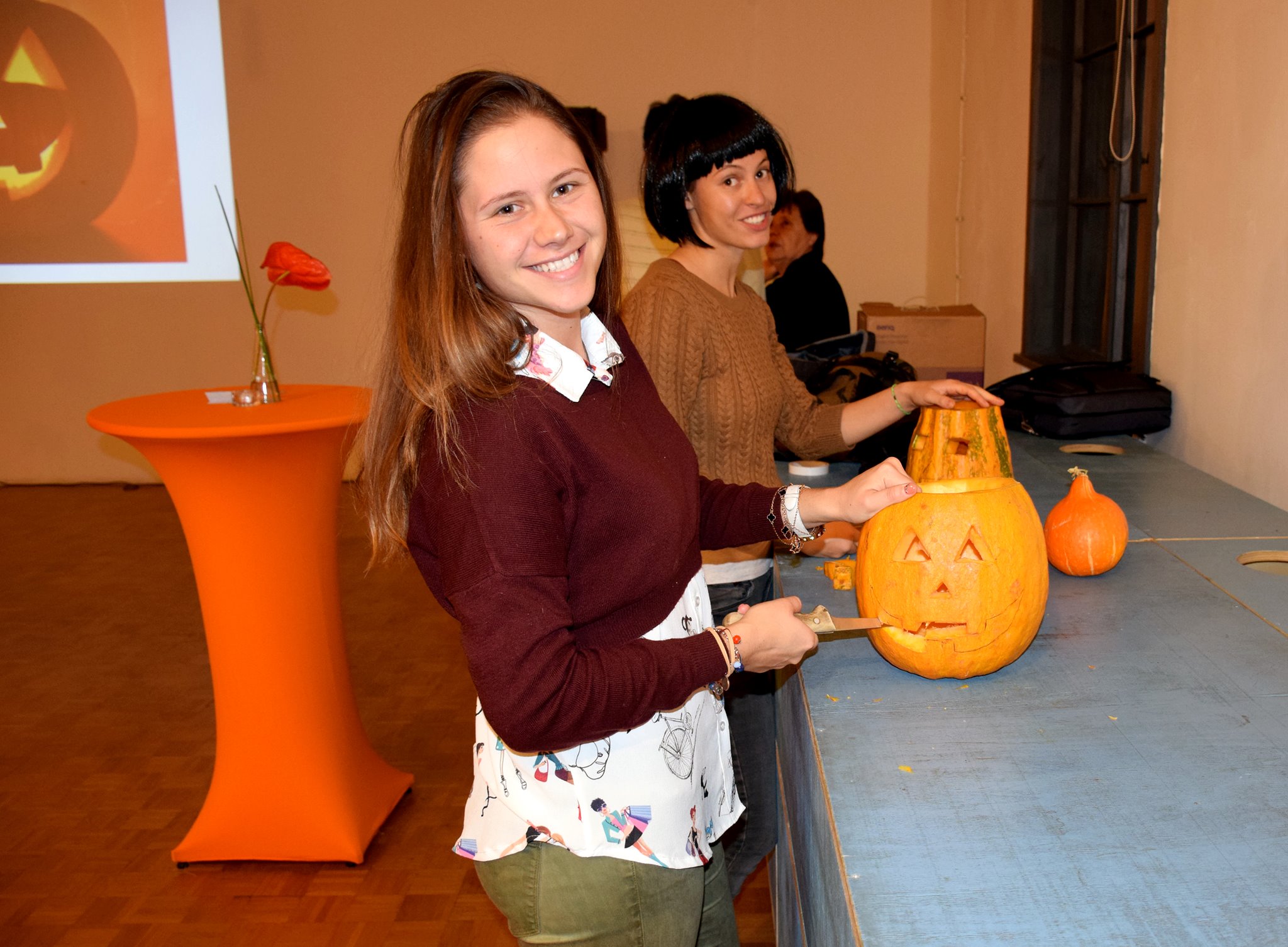 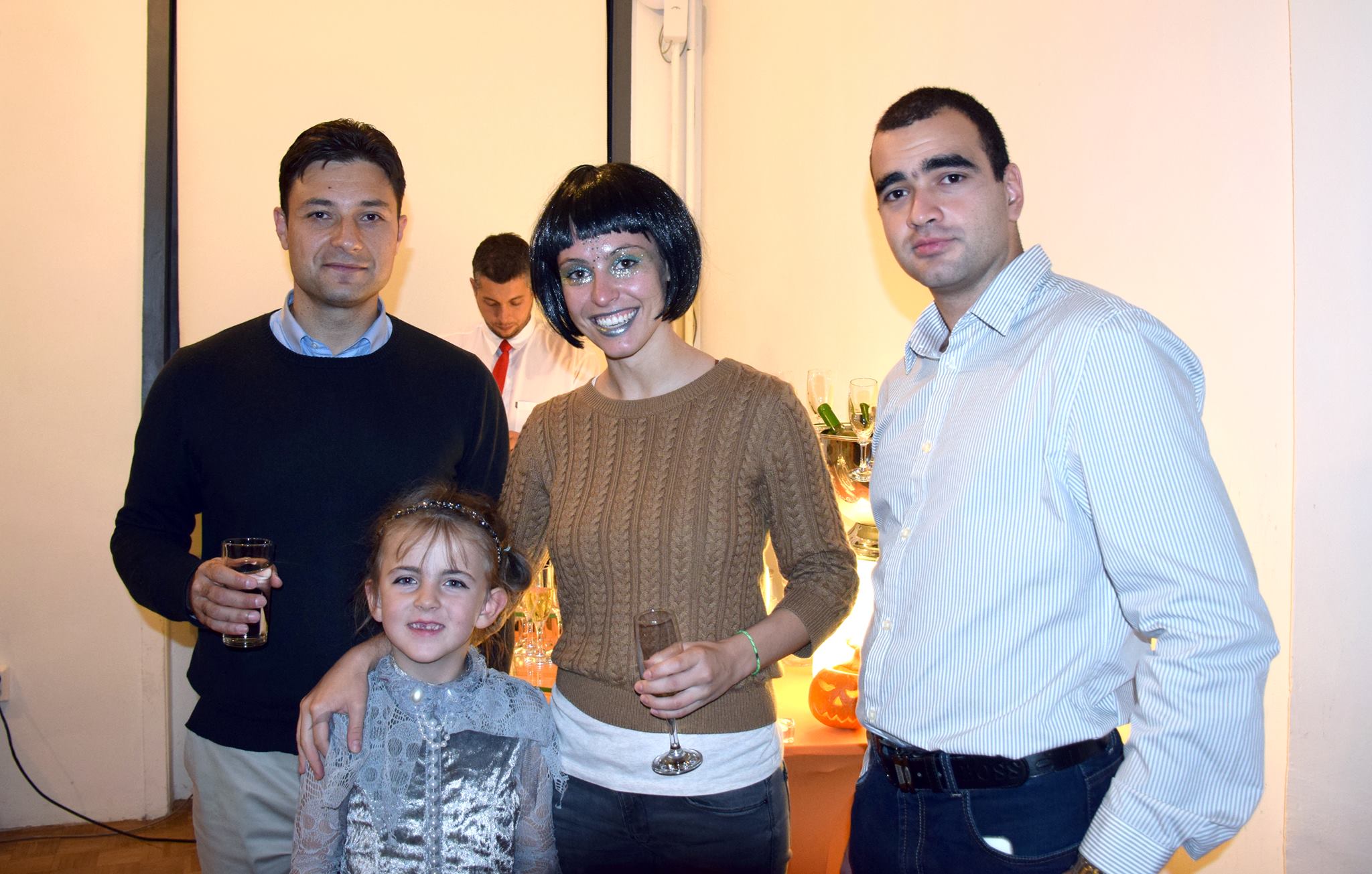 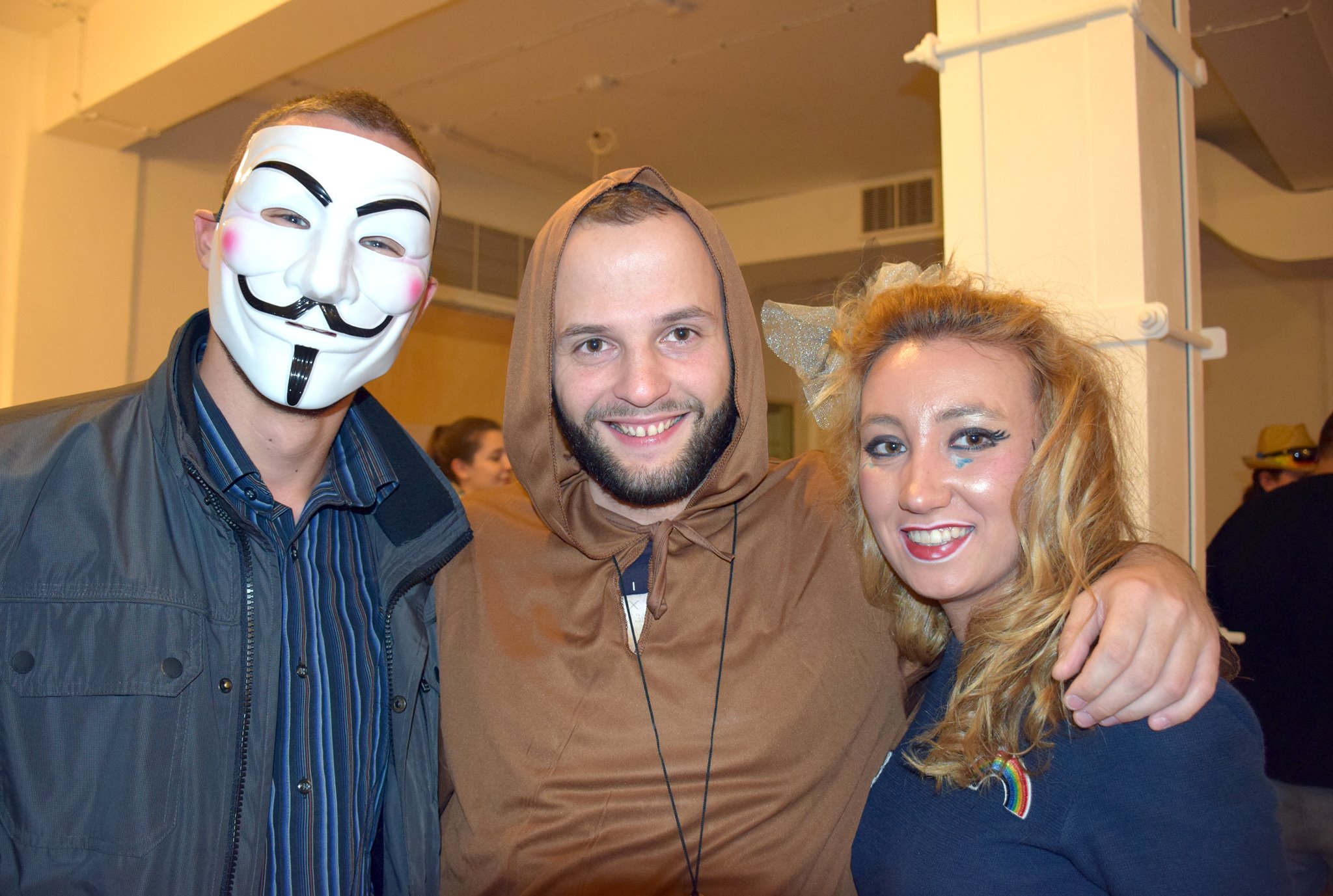 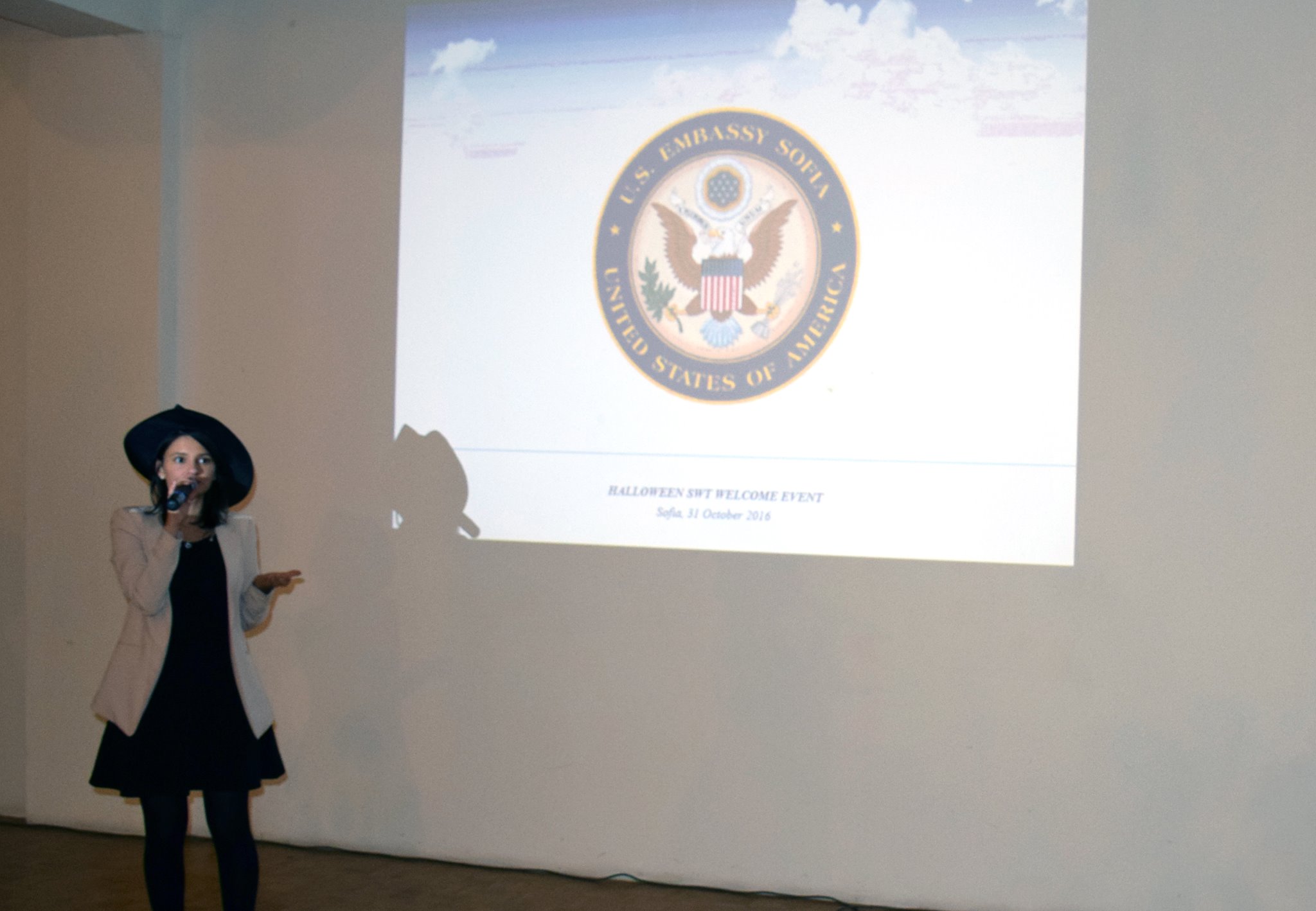 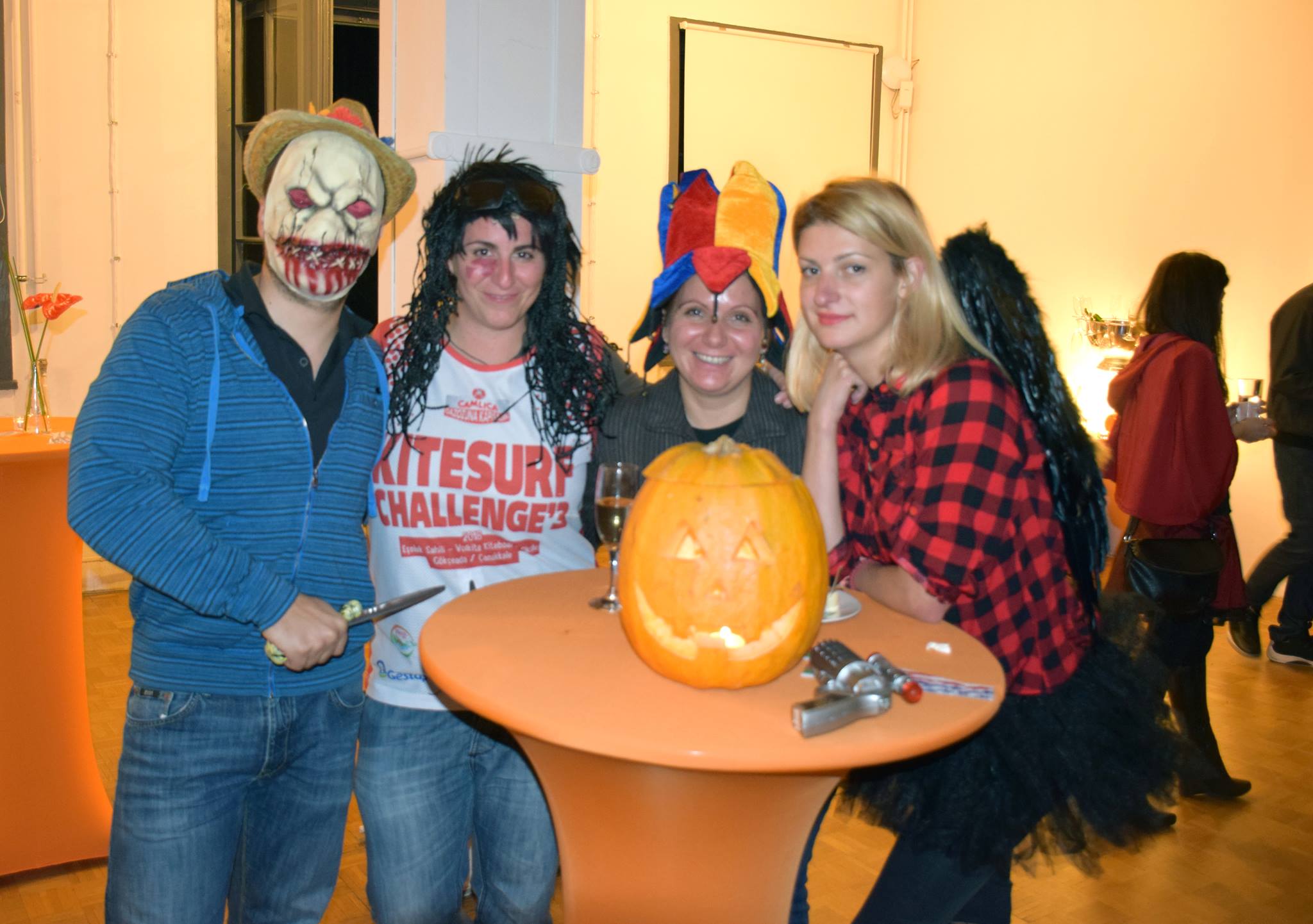 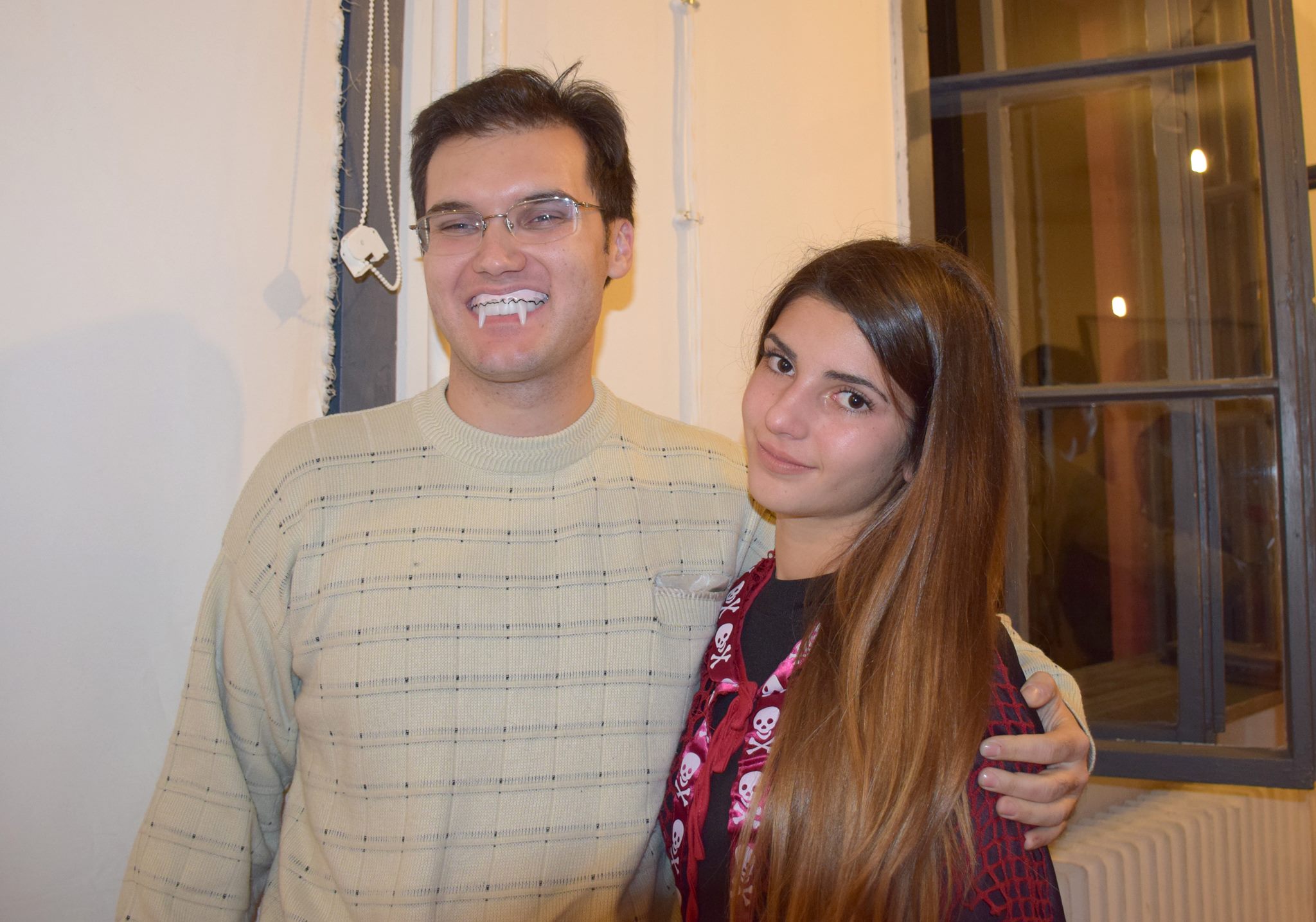 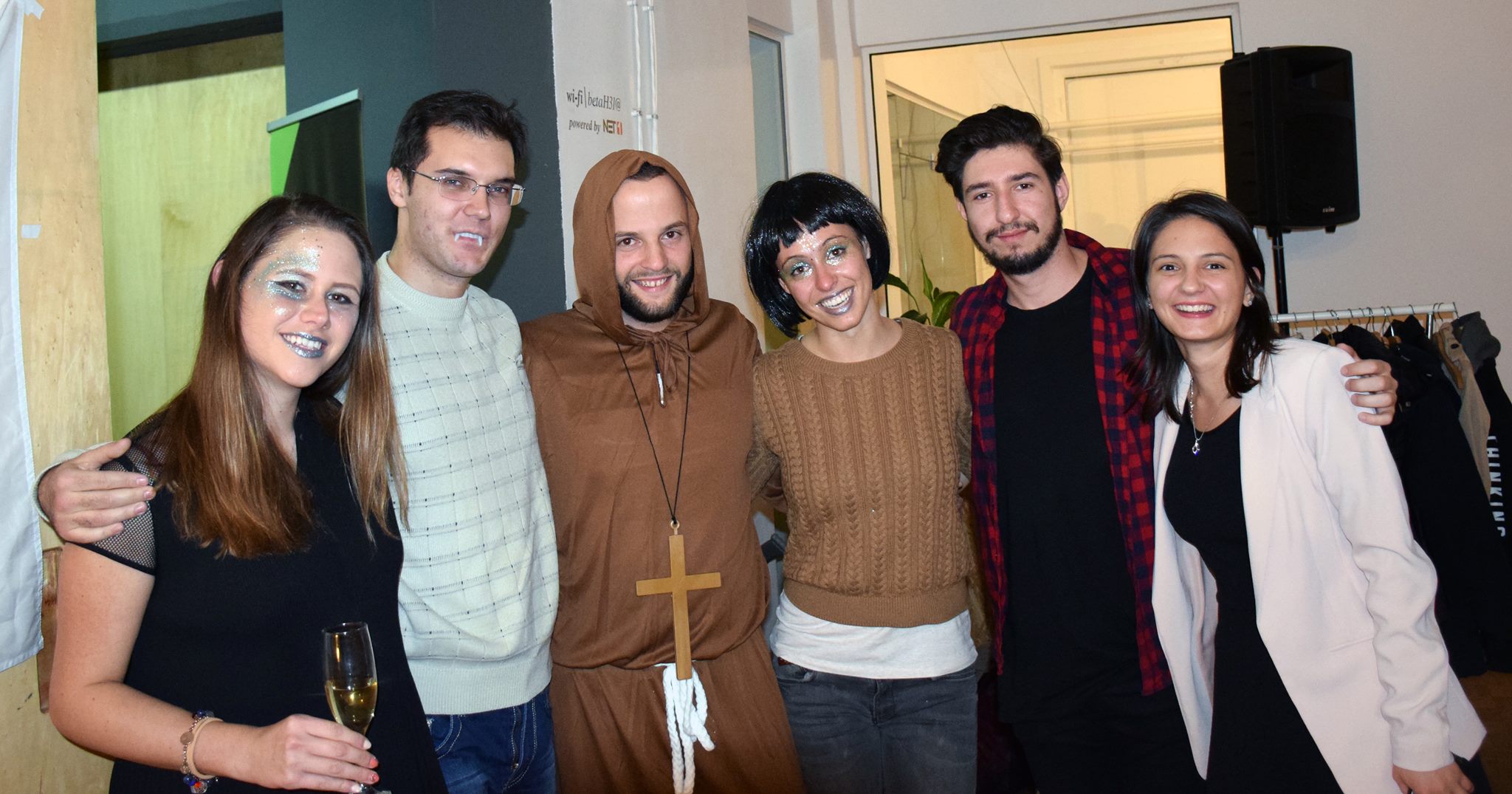 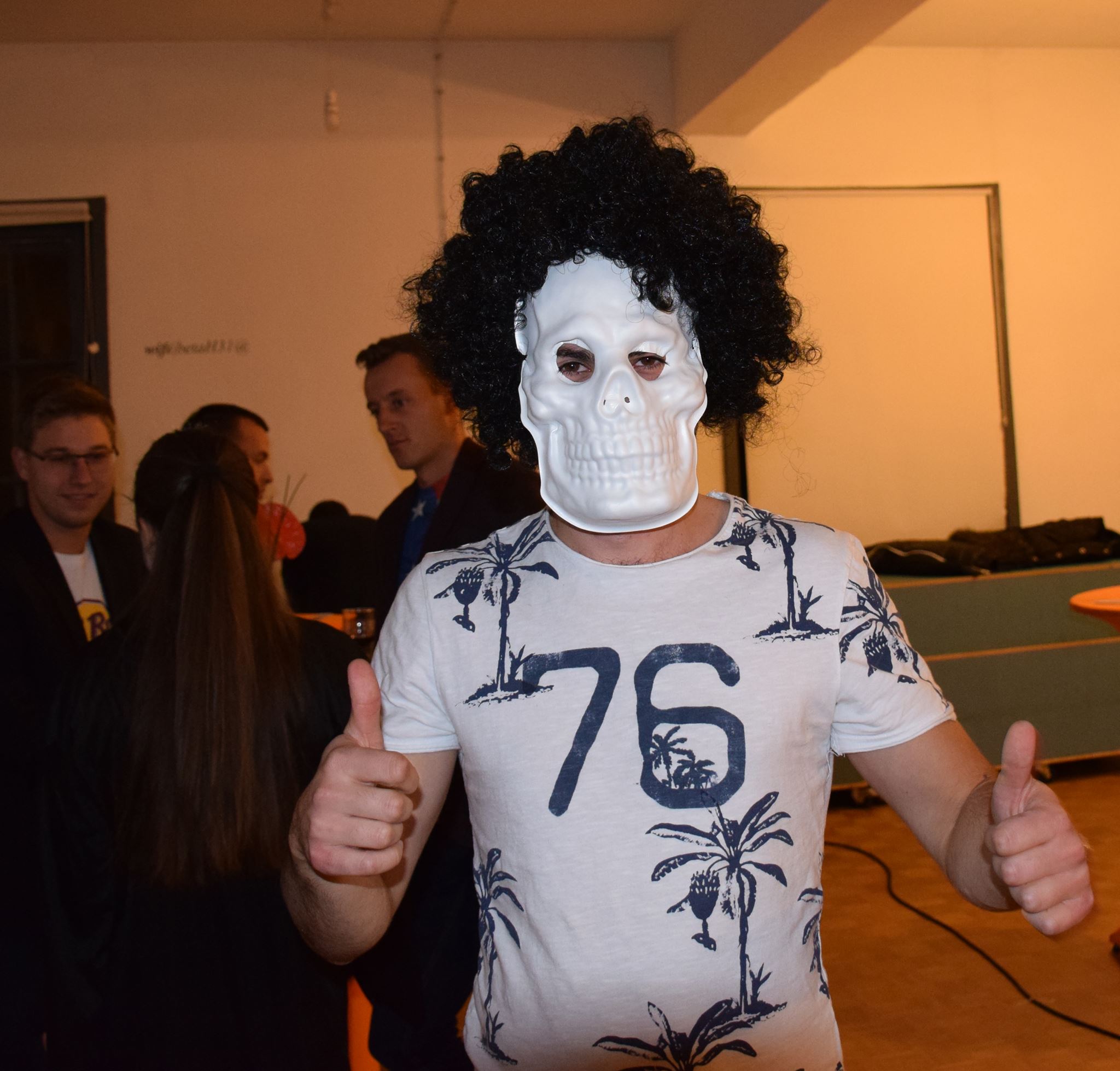 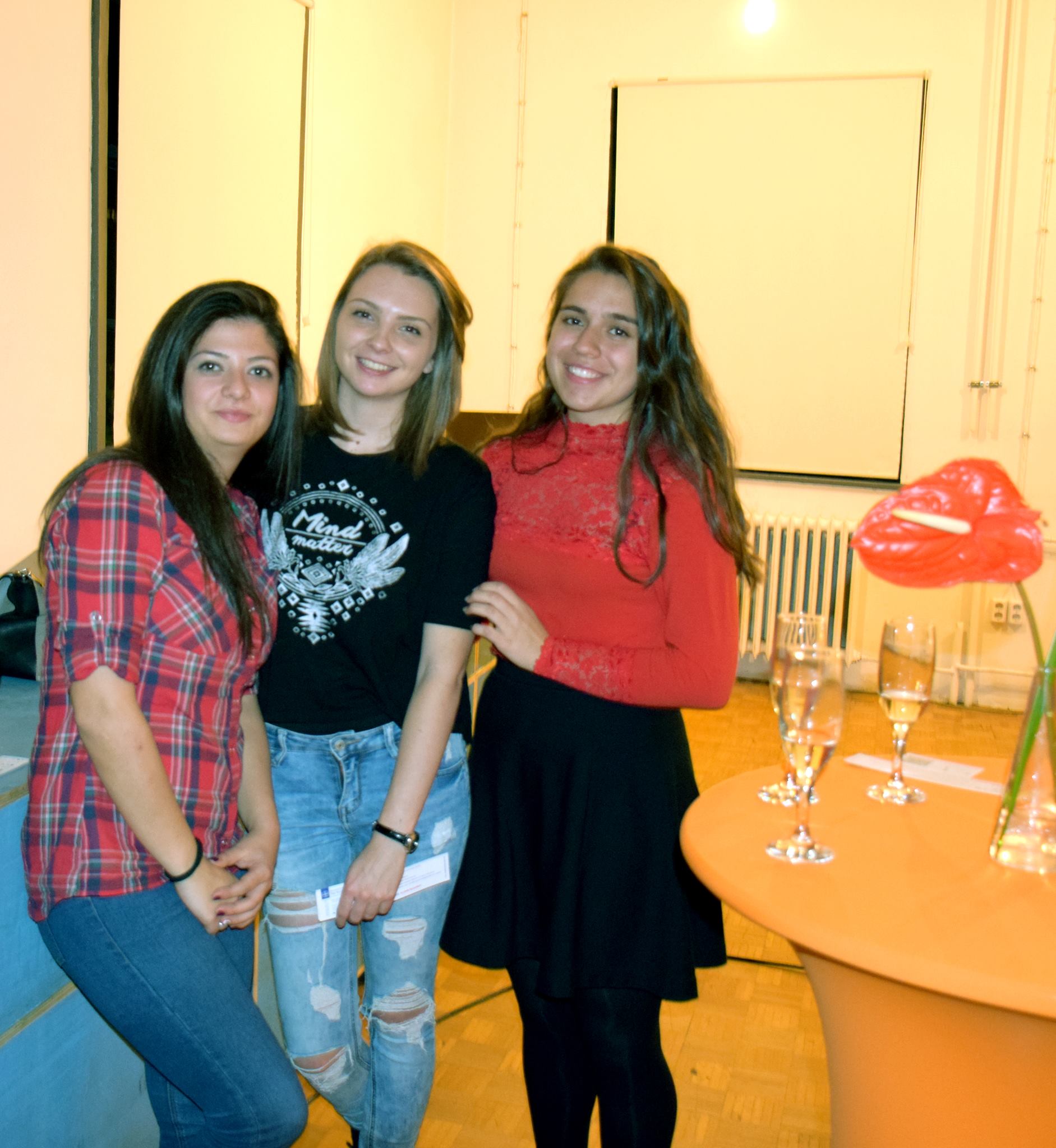 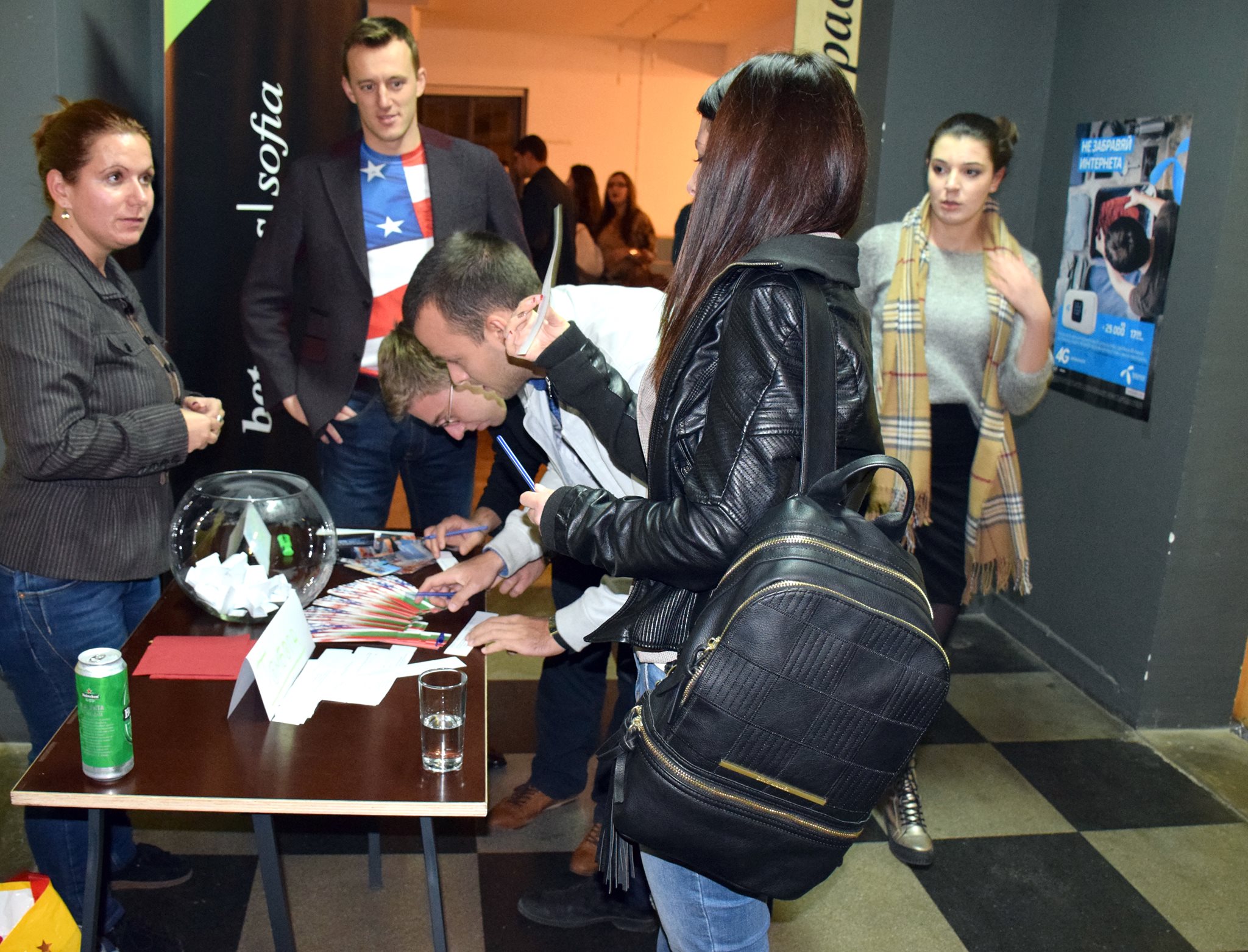 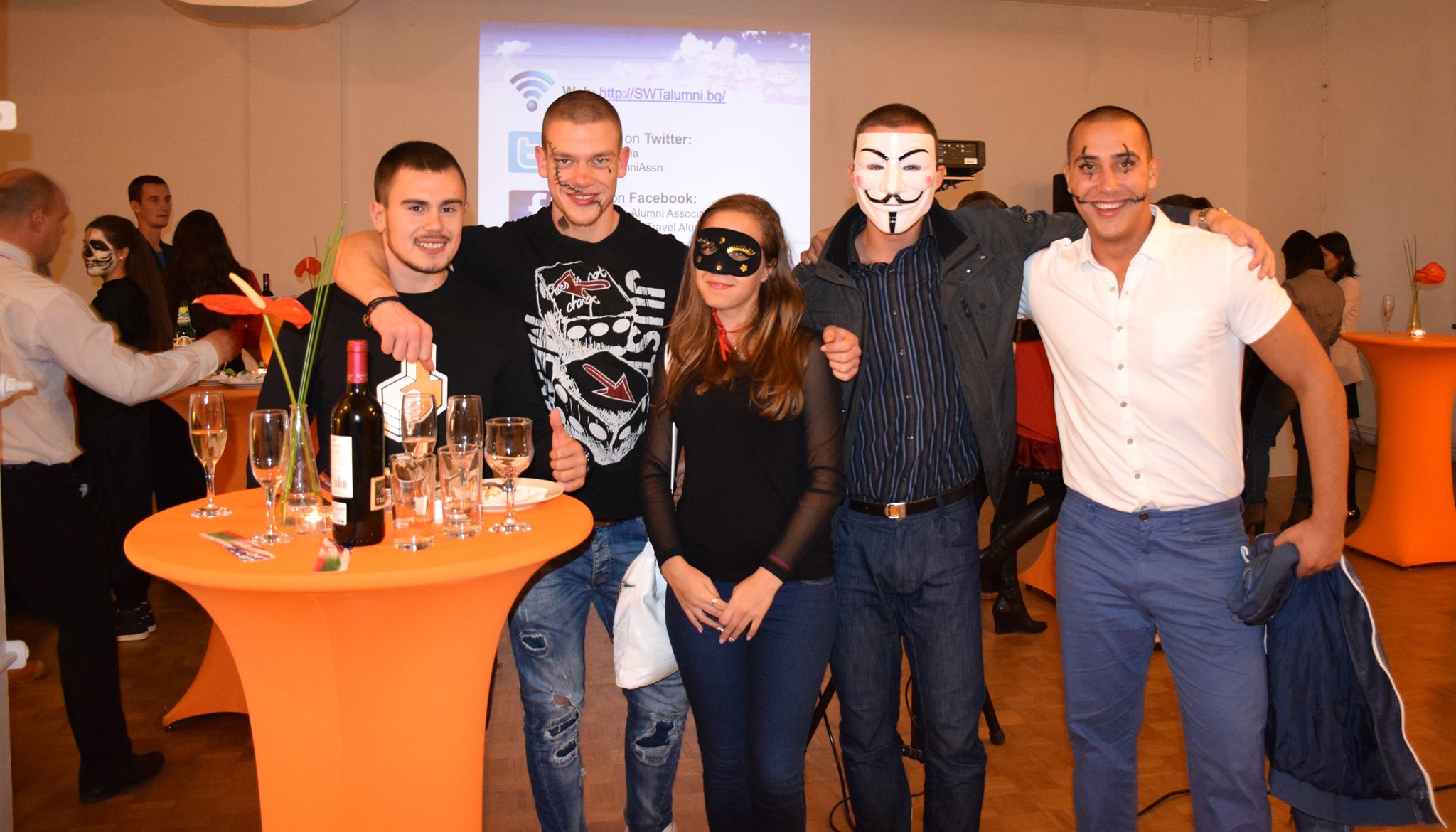 On Monday we will be waiting for you for a one of a kind Halloween party. Come as you are, or with a costume and meet your fellow Alumni! Surprises included!

Do not forget to register here https://t.co/W7p23y9N1v 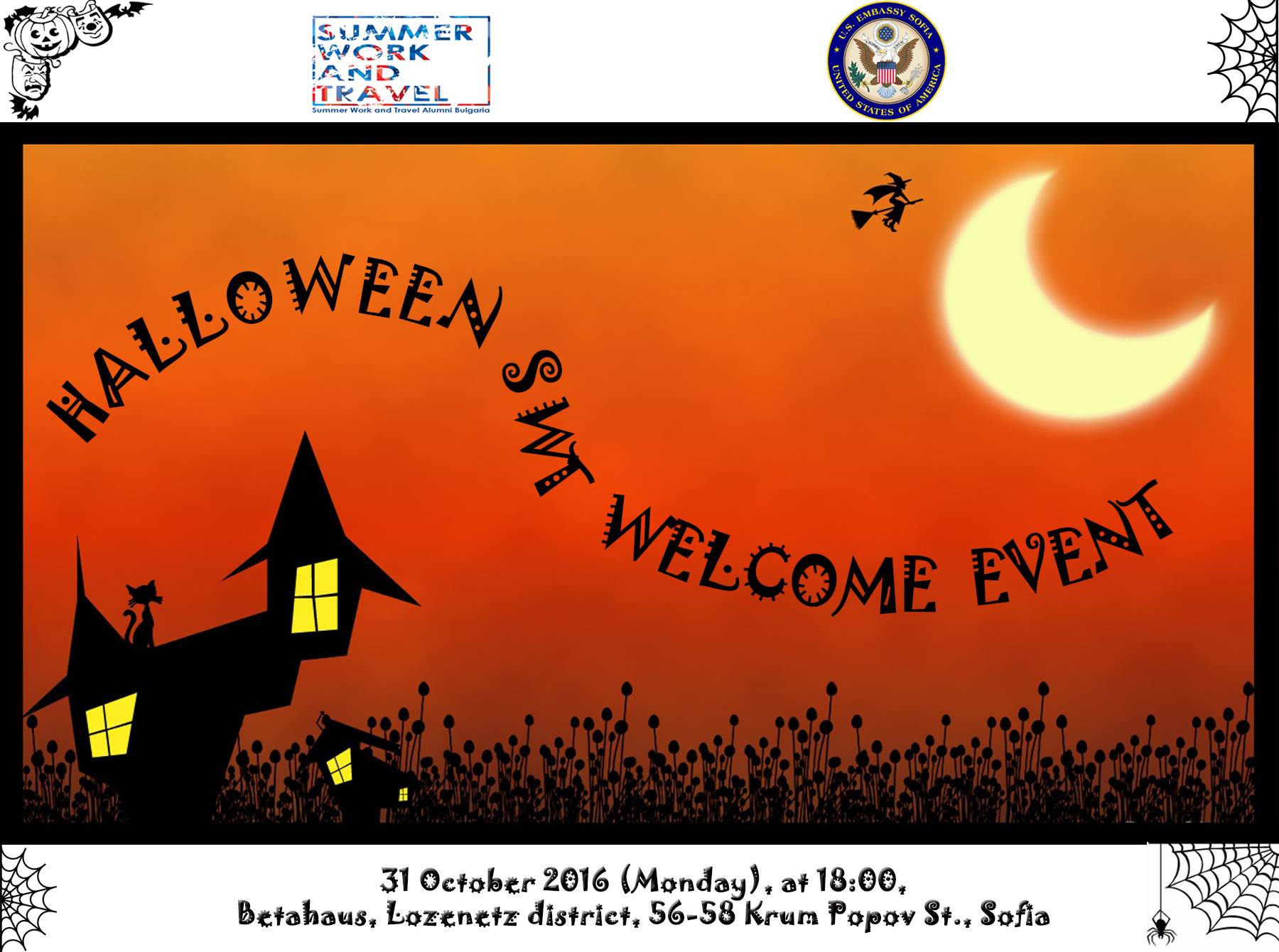 Professor Paul Sracic, chair of the department of Politics and International Relations in Youngstown University in Ohio, was a guest of the Summer Work and Travel Alumni Association and the US Embassy in Sofia on October 14, 2016 and gave a lecture on the topic of “US Election Debate 2016”. He began by explaining that even though the presidential elections in USA will inevitably affect Bulgaria because of the effect of foreign policy, the elections are never about foreign policy. Candidates do not pay a lot of attention to international affairs and neither do voters – American elections are all about economy. Based on the current state of American economy, some of the most famous models predict the victory of Donald Trump but Prof. Sracic also stated we live in a time when models do not work.  Models are based on past scenarios and this year is very different from anything before in American politics.

One third of the Congress is also going to be elected. Under the system of divided power in America, Congress is very important, even when dealing with international affairs. The President cannot take a decision which is not authorized by the Congress. In the American Constitution, Congress has the power over war and peace.

Then Mr. Sracic talked about Hillary Clinton. He remained the audience that she was a Secretary of State in the government of Barack Obama. She is aggressive in foreign policy – she was the voice of the administration for intervention in foreign affairs during the presidency of Barack Obama. As a president, she would be closer to the traditional Republican position. Some traditional, mainstream Republicans do not like Donald Trump and would vote for her. Mr. Sracic stated that she hasn’t given a lot of clarity what she would do in terms of foreign policy. However, she has a better commitment to NATO than Donald Trump. In terms of international trade, Mrs. Clinton completely changed her position and now, she is against TTIP.

Then Mr. Sracic talked about Donald Trump. Mr. Trump does not tell a lot about foreign policy. He refers to it as a “secret plan” that he does not want to give away. However, he thinks USA is overly involved in international affairs and cannot afford to continue that way. The closes to his beliefs is the “Offshore balancing” – a theory, proposed by John J. Mearsheimer and Stephen Walt. It basically means a country should figure out where its interests are and only be involved in foreign matters there; in other parts of the world, it should not interfere at all but expect its Allies to balance the powers. Mr. Trump’s biggest issue in terms of foreign trade is trade. This issue is highly important in American economy. His success is so far part of his very strong argument against free trade and free trade unions in general. This argument is driving Democrats to vote for him.

Finally, Mr. Sracic predicted that Hillary Clinton would defeat Donald Trump by a fairly comfortable margin.  More than half of voters in USA are women. Donald Trump’s offensive remarks against women have damaged his reputation.

If you have participated in the U.S Summer work and Travel Programme, want to meet new people with the same experience, to exchange ideas and know-how for future projects, then you are more than welcome to our party.